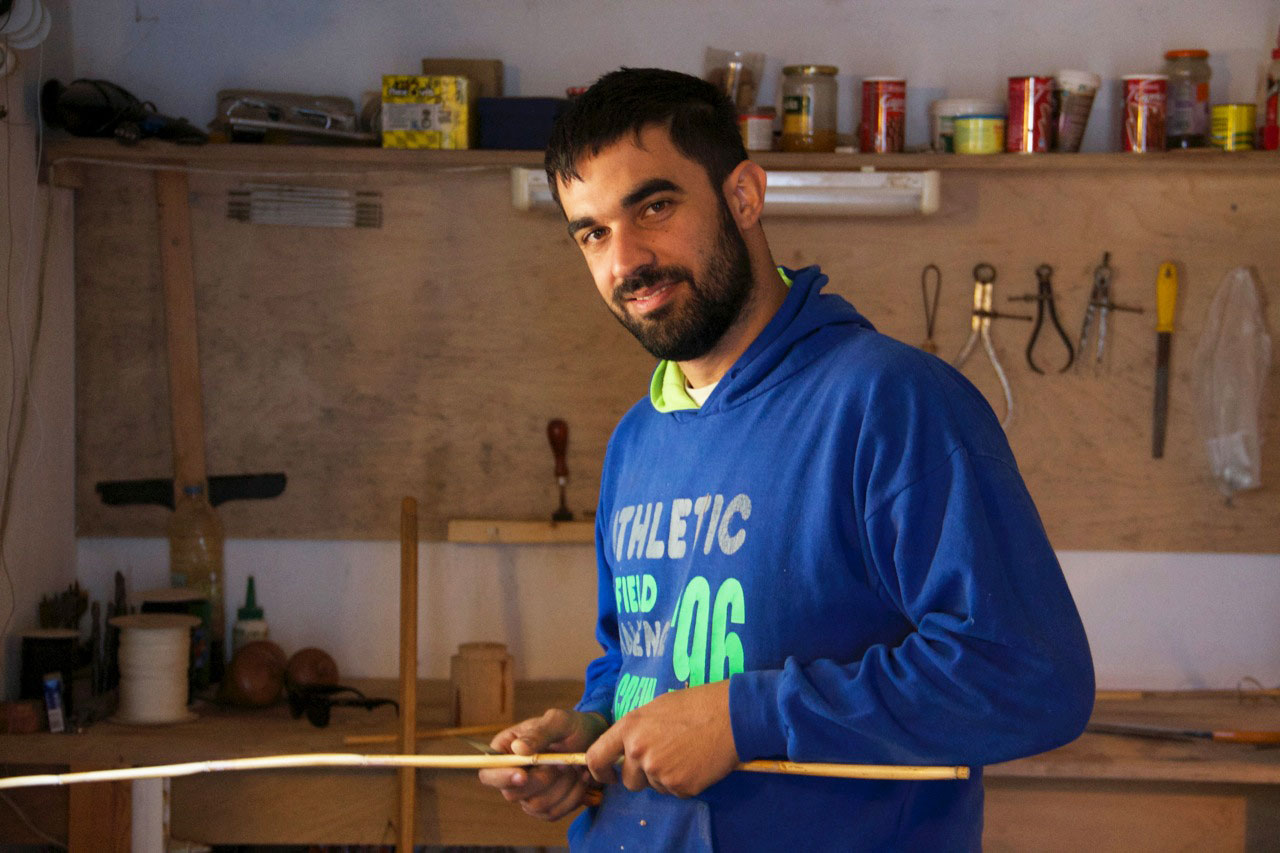 I was born and raised in the village of Marmara in Paros in a family of six. Both my parents are from Marmara.

At the age of fourteen I started working during the summer season in a bakery. I did that for about ten years and then I stopped so that I could focus on other things.h

A few years ago, I bumped into a flute, I restored it and I started playing. My father’s grandfather used to play the flute. I also developed an interest for tsabouna, the greek bagpipe. I got my hands on an old one and tried to get an old man to restore it for me. I started exploring it and I ended up restoring it myself and also making a new one from scratch. That’s how I got into instrument making and music in general.

Two years ago, when I stopped working in the bakery, I set up my workshop. I now make bagpipes, toubaki, a percussion instrument that accompanies the bagpipe, as well as spinners and all sort of different objects out of wood. I also play music, mainly the lute, with friends, just for fun or professionally.

At some point I thought of leaving Paros, but then I met people that made me change my mind. Here you can find whatever you want, while the tranquility of the island, especially in winter allows creativity to blossom.

Fanouris has his workshop in the village Marmara.