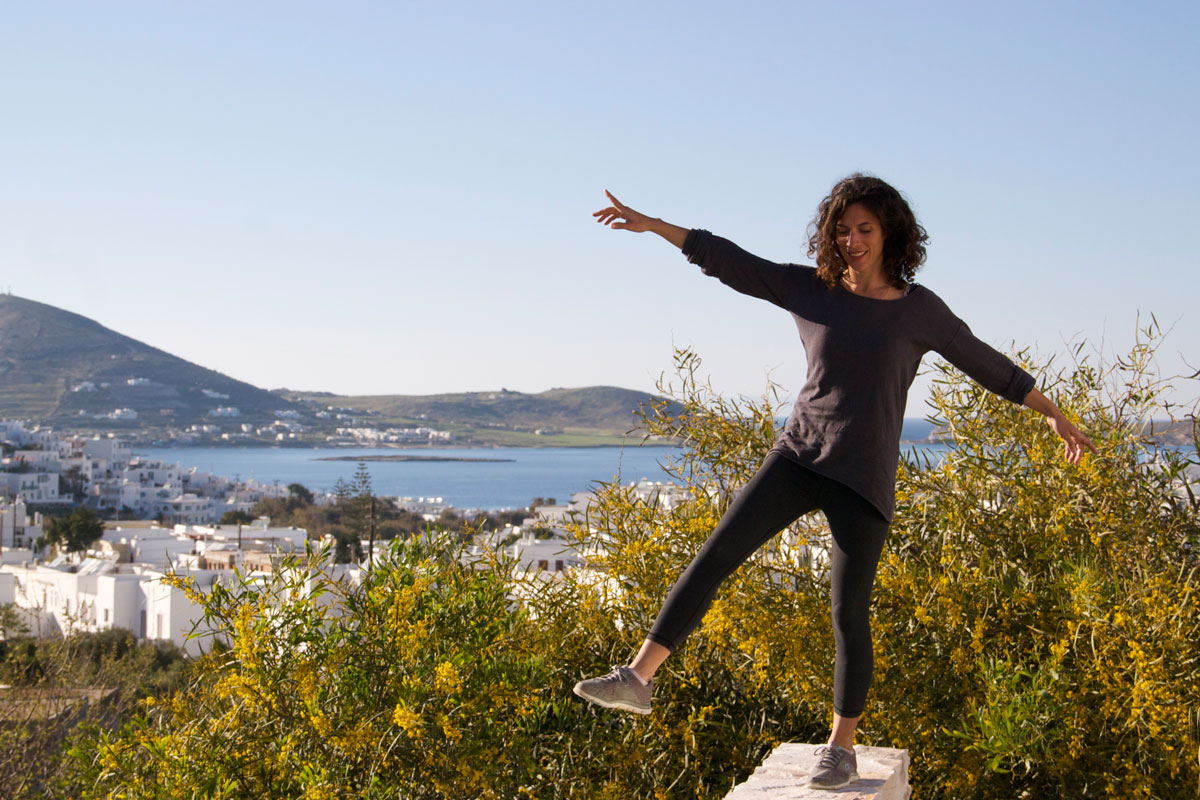 I was born in Athens by a Greek father and English mother. Since I was little I loved dancing and I was constantly on rollerblades.

At the age of twelve I moved to England, where I attended the gymnastics academy after finishing school and I got in touch with alternative therapies.

In the summers I ‘d visit Greece and it was a friend who first brought me to Paros.

When I turned twenty-six I moved back to Greece. Shortly after, I suffered three slipped disks in lower back. It was pilates that helped me recover from the injury. And so I became instructor of the classic method of pilates and in 2011 I decided to open my own studio in Paros, where I had already worked for a couple of summers.

Paros for me is an island that offers everything! nice young people, beaches, beauty, mountains, secret paradises!

I teach pilates all year around and I also do body work, which consists of a combination of various techniques.

When I get back to the island after being away for a while, it awakens beautiful feelings.

Keren’s Stretch Pilates studio is located on the ring road of Naoussa.

I got my hands on an old bagpipe. I started exploring it and I ended up restoring it myself and making one from scratch.

We use cookies to ensure that we give you the best experience on our website. If you continue to use this site we will assume that you are happy with it.OK